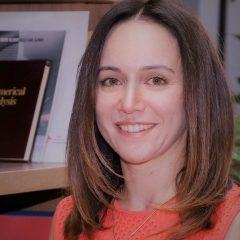 Prof. Uysal's group is currently funded by TUBITAK under the 2247-B Pioneer Researcher Support and 1001 programs, and by Turk Telekom. Several members of the group are supported by the "5G and Beyond Joint Graduate Support Programme" coordinated by the Information and Communication Technologies Authority. We currently have research openings, to which highly motivated researchers are encouraged to send a resume.

EE532: Communication Network Analysis  (Note: required courses for the master's degree in the Communications area are EE533, EE535 and EE532/536. So, new graduate students are advised to take EE533 and consider taking EE532 this semester.)

E435: Communications I.  Open to METU students only.

EE531: Probability and Stochastic Processes. Lectures are available on Open Courseware: https://ocw.metu.edu.tr/course/view.php?id=323 (interactive sessions are open to registered students only.

Relationships between information, energy and networking, with the following particular areas of focus:

EE532: Communication Network Analysis: A course on the most current analytical tools for the design of data networks. EE531 or equivalent knowledge of discrete stochastic processes is strongly recommended.

Elif Uysal is a Professor in the Department of Electrical and Electronics Engineering at the Middle East Technical University (METU), in Ankara, Turkey. She received the Ph.D. degree in EE from Stanford University in 2003, the S.M. degree in EECS from the Massachusetts Institute of Technology (MIT) in 1999 and the B.S. degree from METU in 1997. From 2003-05 she was a lecturer at MIT, and from 2005-06 she was an Assistant Professor at the Ohio State University (OSU). Since 2006, she has been with METU, and held visiting positions at OSU and MIT during 2014-2016. Her research interests are at the junction of communication and networking theories, with particular application to energy-efficient wireless networking. Dr. Uysal is a recipient of the 2014 Young Scientist Award from the Science Academy of Turkey, an IBM Faculty Award (2010), the Turkish National Science Foundation Career Award (2006), an NSF Foundations on Communication research grant (2006-2010), the MIT Vinton Hayes Fellowship, and the Stanford Graduate Fellowship. She is an editor for the IEEE/ACM Transactions on Networking served as associate editor for the IEEE Transactions on Wireless Communication (2014-2018).

Past activities: Prof. Uysal served on the TPCs of IEEE MobiHoc 2017, IEEE ICC (International Conference on Communications) 2017, IEEE Globecom 2017. The First Workshop on the Age of Information (in conjunction with IEEE INFOCOM 2018), IEEE INFOCOM 2018, IEEE WiOpt 2018. She was track 3 co-chair for IEEE PIMRC 2019.