This year's competition will aim to measure the capabilities and know-how of universities, companies and researchers in the field of automatic target detection and recognition from electro-optic (E/O) satellite images in a fair and precise way.

Within the scope of the competition to be held this year, aircraft, ship, building/hangar, POL/Radome and heliport targets should be automatically detected and recognized by means of software on satellite imagery with a resolution of 1 meter and higher (3 band, RGB).

This year it is planned to distribute a total of 100.000 TL prize to the contestants that are ranked.

The automatic detection and recognition performance measurement processes of the competition will be carried out by OGAM.

Preliminary applications for the competition will be made to the Presidency of Defence Industries until 30.11.2018 with an official letter or petition. The confidentiality of the identity of the applicant universities, companies and researchers will be ensured by the SSB.

Sample images similar to those used in the tests will be shared with the contestants who are approved by the SSB to participate in the competition; however, the data to be used during the tests will not be shared under any circumstances for confidentiality.

The software belonging to the competitors will be run on the servers in OGAM and the results will be obtained and evaluated automatically. For this purpose, competitors are expected to upload their software in a compiled form and as executable binary applications that do not contain the source code files to y3.ogam.metu.edu.tr until 02.05.2019. Sample data, details of how the software will be prepared and uploaded will be shared with the contestants whose approval is approved by the SSB.

We invite everyone to participate in this competition. 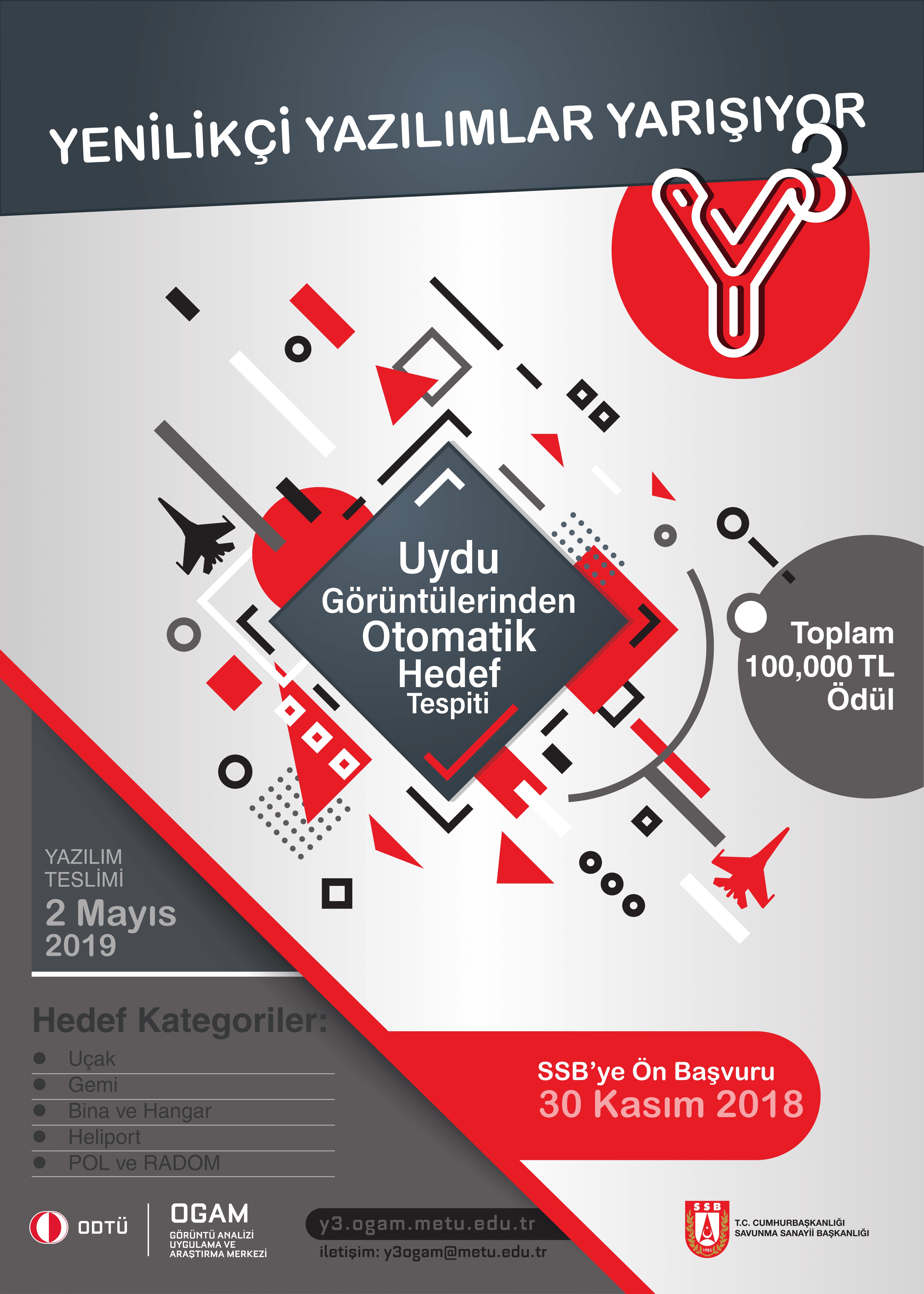