In-situ space exploration beyond our solar system is an inevitable next step for science. Such spacecraft will travel much faster, with speeds that are a significant fraction of the speed of light to realize extra-solar exploration in a human lifetime. However, existing navigation technologies are not up to the task because they are generally Earth-based, exploiting the Deep Space Network for tracking. They lack the resolution to estimate the state of a high-speed spacecraft in the interstellar medium, and the long light-travel times likely preclude sharing state information with the spacecraft for active trajectory control. Moreover, all rely on reference-frame-independent physical laws and treat relativistic effects as perturbations of classical theories of orbital mechanics. Given the unprecedented uncertainty that interstellar environment can introduce in the trajectory of such a spacecraft, on-board navigation is likely the only feasible approach. This talk will describe autonomous navigation for spacecraft traveling at relativistic speeds.

Bio: Doğa Yücalan is a third-year Ph.D. student in Aerospace Engineering at Cornell University, where she is working on relativistic space navigation. She is a Zonta International 2018 Amelia Earhart Fellow. She received a B.Sc. in Electrical and Electronics Engineering and a B.Sc. in Physics from Middle East Technical University, Turkey in 2016. She interned at CERN with the AMS-02 team in 2014 and at TUBITAK-UZAY with the Satellite Technologies Department in 2013. 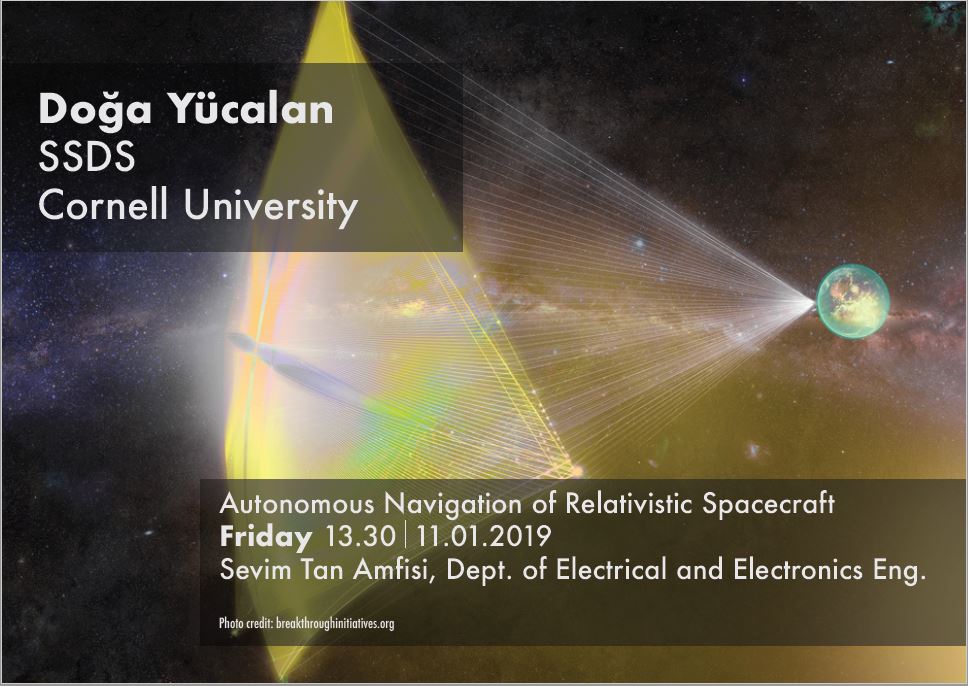