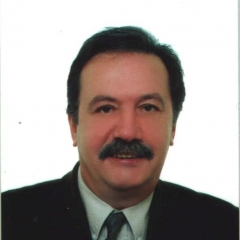 This project was sponsored by Turkish Scientific and Technological Foundation (TÜBİTAK). It aimed the measurement of precipitation by an integrated radar and computer system. Y. Tanık participated in the project as the member responsible for the design and implementation of the interface unit between the radar and the computer. The unit performed range gate integration and digitization of the output ready to be processed by a computer. (1978-1981).

2) Design and Prototype Implementation of an LPC10 Vocoder:

The project was contracted by Military Electronics Industries Company (ASELSAN). An LPC10 vocoder satisfying the relevant NATO Stanag was designed and implemented. The system was designed based on Z80 and TMS32010 processors. Dr. Tanık worked as the project director and primary designer. (1982-1986).

Prof. Tanık has worked as a consultant in the Microwave & System Technologies (MST) division  in ASELSAN . A group of academic staff from METU which he also belongs to, has worked on several projects  in the department. He has contributed especially to electronic warfare system design, development of numerous signal processing algorithms and direction finding systems. (1984-2000).

4) Modification of an Analog Radio Link System into Digital:

The project was contracted by TELETAŞ (at present, a division of ALCATEL), one of the leading companies in telecommunication sector in Turkey, to TÜBİTAK-TAEGAE (at present, BİLTEN). The purpose was to replace baseband sections of the analog radios, which were produced under the license of ITT, by digital communication units to achieve digital transmission at 34 Mbps. Dr. Tanık worked as the primary designer of the system. He also supervised the work on the design of synchronizers, equalizers and detectors of the 4-MSK signals. (1985-1987).

This project was contracted by ASELSAN. It aimed the design and implementation of a prototype unit to be used in conjunction with the frequency hopping VHF transceivers. Dr. Tanık worked as the project director and the primary designer. He also supervised the design of the synchronization units (1987-1988).

This project was supported by the EPP group of AGARD/NATO. Dr. Tanık was the director of the project. The main goal of the project was to compare several synchronization algorithms to be used in modems operating in HF (fading, dispersive) channels. For this purpose a flexible computer simulation program was developed and it was used for performance evaluations (1989-1992).

This was an international research project with 14 European countries as participants. The project took place as a part of the COST program (Cooperation in the Fields of Science and Technology in Europe) in 1989. The aim of the project was to make research towards developing the standards for third generation mobile systems to be used primarily in Europe. The scope of the project was very broad including studies concerning propagation measurements and modeling, alternative transmission techniques, integrated data and voice communication, etc. Turkey participated in the project by signing the Memorandum of Understanding in 1990.

A team from METU worked in the project particularly dealing with the CDMA systems and channel characterization. Prof. Tanık was the director of the Turkish Team and a member of the COST231 Management Committee. (1990-1996)

This project was sponsored by the Turkish Government. It aimed the design and implementation of a prototype millimetric wave ESM/ECM system. Prof. Tanık was responsible for the design of the pulse processing units and waveform generators (1990-1994).

9) Consultancy for the Development of a GSM Transceiver:

Prof. Tanık worked as a consultant to a group of engineers in ASELSAN Communication Division, who worked towards developing a GSM transceiver. Consultancy was provided on problems such as GMSK waveform synthesis, receiver synchronization, channel identification, ML detection, etc. (1993-1994).

10) Participation in the Design of Spread Spectrum System Units for a Packet Radio System:

The project was contracted by ASELSAN Communications Division. It involved participating in  the design of spread spectrum receiver units to be used in a tactical TDMA packet radio system. The work was carried by a group directed by Prof. Tanık in TÜBİTAK-BİLTEN institute (1996-1997).

11) Consultancy in the Design of an Integrated Digital Radio System:

The project was contracted by ASELSAN Communications Division. It involved participation in the design work of a voice/data radio communication system for PMR ( Private Mobile Radio ) use. The work was carried by a group directed by Prof. Tanık in TÜBİTAK-BİLTEN institute (1998).

12) Analysis and Development of Algorithms for Antenna Nulling Systems for a TDMA Packet Radio System:

The project was supported by ASELSAN Communications Division. It aimed the performance analysis and development of algorithms for antenna nulling systems for interference cancellation. The work was carried out by a group directed by Prof. Tanık, in Electrical and Electronics Engineering Department, METU (1998-2001).

13) Consultancy for the Development of an Air Defense Radar:

Prof. Tanık worked together with a group of faculty members and engineers from ASELSAN , as the coordinator of signal processing studies group, for designing an air defense radar prototype. (2003-2007).

This work was provided to ASELSAN  Communications Division to carry out feasibility studies for a new wide band software defined radio, covering modulation, coding, networking aspects etc. Prof. Tanık acted as the coordinator of a group of faculty members and as a researcher (2007-2009).

The project was supported by ASELSAN Communications Division. It aimed a communication system design including modulation, spectrum analysis, channel characterization, synchronization, equalization, coding, and networking aspects. The work was carried out by a group directed by Prof. Tanık, in Electrical and Electronics Engineering Department, METU (2009-2011).