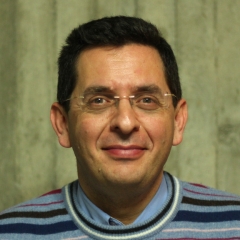 He was a post-doctoral research associate at Center for Image Processing Research at Rensselaer Polytechnic Institute between 1997 and 1998 and at New Jersey Center for Multimedia Research at New Jersey Institute of Technology between 1998 and 2000. In August 2000, he joined faculty of Electrical and Electronics Engineering Department at Middle East Technical University. He is the founding director of METU Center for Image Analysis (OGAM).

He is a member of The Science Academy, Turkey (Bilim Akademisi).